Kairali came up
with a unique concept wherein it invited people from all walks of life to join
them in an bike rally to raise awareness and spread good health across the
globe through yoga and Ayurveda, for the welfare of the people.

A group that comprised
of journalists, business owners, NGO workers, corporates and Kairali employees
travelled from Delhi-Leh-Srinagar-Delhi in of 8 bikes and a car to spread
the message of Good Health through ancient Indian sciences of Yoga and
Ayurveda.

With lot of cheer, goodwill and
enthusiasm that was almost infectious the trip was flagged off early morning
from Indrasprastha Park, New Delhi on 4th August 2015. On Day 1
after riding all day the team reached picturesque Manali and stayed on for two
days. In these two days, along with getting acclimatized, wonderful workshops
of Yoga were conducted for the local villagers. These workshops were really
well received and enjoyed.

From Manali to Leh it was a 3 day
trip with halts in Keylong and Sarchu. Manali to Leh road trip is an
unforgettable journey of about 475km into enthralling valleys, craggy terrains,
striking mountains and attractive landscapes.
Navigating through winding roads and high mountain passes that almost
touches the sky ? this route awed everyone with its incredible beauty.

As you decent into Leh slowly you
are wrapped in a feeling of peace and solitude are greeted by magnificent and legendary Shey and Thiksey
monasteries. After a rest at Leh the group proceeded towards Nubra Valley. To
the north-west of Leh lies Nubra Valley, accessed by the snow-bound KhardungLa,
which at 18,380 feet, is considered the highest motorable road in the world.

Nubra Valley is a cold desert
area where you can watch the two-humped Bactrian camels and the magnificent
beauty of the two criss-crossing rivers,
Nubra and Shyok. The group stayed at Nubra and conducted the first of its kind
Yoga Session at the picturesque Hunder Desert and a day?s Health Awareness Camp
at Dikshit.

The next day the group travelled
to the mesmerizing Pangong Lake, located at a height of 4,350 m, this lake
spreads over 134 km stretch and falls under both India and Tibet. The stay at
Pangong lake was enchanting and more so due to the wonderful Yoga workshops at this heavenly place. No pictures or description can do justice to this experience
here. The pure, unadulterated, natural beauty is simply beyond any words.

Thereafter the group started its
journey back towards Srinagar via Kargil and Drass War Memorial, with a halt at
Drass where the team paid a visit to the Dras War Memorial and paid a homage to
the war heroes of Indian Army. Apart from being famous for its enchanting
views, this highway holds a strategic importance for India and being close to
LOC, you see the heavy army presence on it when you travel through Srinagar ?
Leh Highway.

From Srinagar to Jammu and back
to Delhi this was a truly mesmerizing, memorable and pleasurable trip! Tiring
and exhausting but exhilarating and rejuvenating! 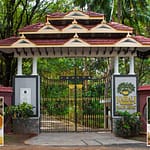 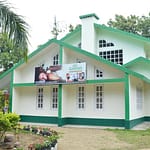