Kairali- The
Ayurvedic Healing Village and its amazing concept of healing and wellbeing in
harmony with nature were featured in the magazine Ranchi Lifestyle.

The author,
in the article, describes his wonderful journey of wellness with Kairali, its
food , the massage treatments and also the resort itself that is a perfect
example of its uniquely crafted ecological balance and greenery.

When it comes to Ayurveda,
you don?t need to think further than
Kairali Ayurvedic Group. Read on
to find out how the place can transform you by bringing about positive changes
in your life.

It was sun-drenchedmorning and we landed at the Coimbatore airport and right outside the airports,
a chauffeur with a welcome placard from Kairali Group was waiting for us. Though the 120 minutes road journey to the
resort in Palakkad was quite tiring as we entered the lush green resort, we
could feel the change. we could feel the calmness, peace and fresh air. After
the warn welcome with traditional aarti, energizing nariyal panni and diet
food, all we wished for was deep sleep.

In the evening we met
Abhilash K.R, the director of Kairali Ayurvedic Group, and what we came to know
was surprising but true. We asked him why is that the people in India are still
so reluctant to be close to nature and get habituated to Ayurveda? His answer
was, ?? we Indians have a tendency to get influenced by West, while the West is
more influenced by us. As you can see the majority of the visitors in the
resort are foreigners. The basic thing is that we do not value what we have. I
am happy to see the change at a smaller platform in India and hope it shifts to
a larger platform and we are here to serve the nation.??

As we started
exploring the concept and architecture of the resort, we came to know that the
unique names of the rooms was nothing special butthe birth sign in local dialect and
visitors have the privilege to book the rooms according to their zodiac sign.

The smoky evening was
peaceful with camphor in every corner of the resort and as we entered in the
meditation room after dusk, the pious sound of ??Om?? gripped us so tight that we flowed with the ambience
and spent one good hour. As we dispersed, it was time for dinner. Though for us
it was too early but for them it was getting late. Yes, according to Aurveda
the last meal of the day is supposed to be early, so that the body gets good amount
of time to consume it and generate energy for a fresh morning. As expected, the
dinner table was all healthy ? with soup and gourd preparation and was served with
pink tinged water and the flask is kept constantly replenished.

We kicked off next
morning with a yoga session in the open area of the verdant resort and felt the
value of rising early and breathing the fresh air that we generally miss in the
rush of city life. The 45 minutes rejuvenating yoga and meditation session
helped us to open a new world full of energy and positivity. The most common
yoga that we were guided in included Hatayoga, Astangayoga, Kundaliniyoga, Rajayoga
and Mantrayoga. As the day progressed and we moved to the breakfast table, we
witnessed the smiling faces of foreign guests
in the restaurant section of the resort. For us South Indian food was never so
healthy before. Cooked in coconut milk and oil the platter looked full of
nutrition and the fresh juice added to the flavor of the breakfast.

The most important part
of the day was the treatment that actually makes you feel light inside and
outside. Though it is called a treatment, but for us it was like royal
pampering with which every single cell of the body is revitalized. The
treatment section in the resort is divided in two parts dedicated to both the
genders with a junction point where the initial medical consultation is
provided by the experienced Ayurvedic doctor.

After the consultation
with the doctor, the first treatment (massage) was served to us. When we thought this was the end of the
session, we were moved to another room with a wooden cabinet, which was
basically a steam bath session, where we
proceeded to sweat through the body mask. Later we were sent for a shower,
where we looked at the green mixture presented to us with great disbeleieffor
there was no way it can rid our body of liters of oil is has been subjected to.

But surprisinly it worked and the Kairali Orange
Blossom Shampoo helped the hair to get
rid of the same.This exciting game of oil and shower continued for the entire
duration of out stay at the resort, the only change during every session was
the area of tretament.The very next day we were tretaed for weight loss and
later it was Shirodhara, a tretament
that invovled gently pouring of oil over the forehead to relax eyes and head.

After speanding three days and two nights there, it
was harrowing to return to normal life, but one has to so we too did. The best
part of the resort is its uniquely crafted ecological balance and greenry which
is dolled out with more and more brisk massages, a lot of shower, balanced diet
and peace which automatically rejuvenates the body and the soul. As we left,
the most valuable things that we carried back with us was the valuable
lifestyle tips by the doctoes, chefs and dwellers at the resort.Alo, not
forgetting, our favourite , The Ayurvedic Cookbook which will work as a
balancing agent and guide us to be healthy and fit. 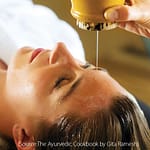 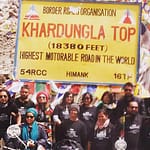