An article that portrays the
beneficial effects of the treatments
offered at the Kairali- Ayurvedic Healing village was published in the
prominent and well circulated newspaper Hindu. The article talks about a Duct
national who got immense relief from his ailments after undergoing several
treatment sessions at Kairali- The Ayurvedic Healing Village.

Impressed by the positive effects
of Kairali Ayurveda treatment he and his family donated several equipment and
other necessary articles to a District Ayurveda Hospital in Palakkad.

Sieb Mostert, a Dutch national, and his friends have donated invertors,
physiotherapy equipment, pedestal fans, among other things, to the District
Ayurveda Hospital here.

They handed over the equipment to T.K. Sobha, Chief Medical Officer, on
Friday.

Mr. Mostert and his wife are undergoing treatment in Kairali Ayurvedic
Health Resort at Kodumbu. For the past five years, they have been visiting the
resort for treatment. Mr. Mostert, who has headed a number of medium-level
companies, said he was suffering from muscle spasms in the neck and found
relief in Ayurveda.

The family has also made donations to the Catholic orphanage at
Kanjikode . 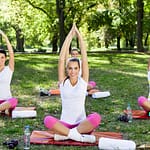 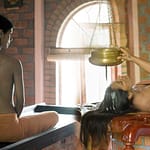