The Hindu Business Line recently published an article about
how a British meditation expert Casper Ingham and his partner Emily
Yates ( yoga teacher) are conducting
personalised meditation and yoga therapy workshops for CEOs in the lovely and
exquisite natural surroundings of the sprawling 50-acre Kairali Ayurvedic
Healing Village in Palakkad in Kerala.

Kairali Healing village offers special tailored yoga and
meditation workshops along with Ayurveda rejuvenation therapies for top
executives from around the world.

It sounds like carrying coal to Newcastle but a British meditation
expert Casper Ingham and his partner Emily Yates are conducting personalised
meditation and yoga therapy workshops for CEOs and other senior executives in
the sylvan surroundings of the sprawling 50-acre Kairali Ayurvedic Healing
Village in Palakkad in Kerala.

With the executives getting the opportunity to combine these specially
tailored workshops with a plethora of Ayurvedic treatment options, including
irresistible massage options, Ingham, who is also the Project Director-IT at
this Centre, is getting inquiries for such sessions from around the world.

The couple came to Kairali in February this year and has done
stress-busting workshops for senior executives mainly from the UK. A Brazilian
female executive and a famous European trekker who had met with a serious
accident while climbing, were the two women who attended these workshops.

?Essentially, we teach high-profile executives methods to empower
themselves and their workforce through a combination of specialised meditation
techniques, yoga therapy and some Ayurvedic treatments,? he says.

An essential part of these sessions is to not only de-stress the
executives through a combination of breathing techniques, visualisation,
?learning to act and not react in stressful situations, but also to be
extremely positive towards their staff and develop compassion for them. Because
that is what the world needs most today.?

Till now they have done seven such workshops; Emily says that as the
needs of each executive are different, the sessions range from four to 14 days.

While the four-day workshop contains two daily one-hour sessions, a
more intensive 14-day session was recently held for a head honcho of a
?high-profile British company, with daily six hour-sessions.

His major problem was short temper, and through ?intensive meditation and
yoga sessions, we tried to help him develop an effective temperament and remain
calm during stressful situations.?

Emily admits it is ironic that ?an Englishwoman should be teaching yoga
in India?, but as one who has studied it first in Thailand and then in India,
she says despite some frivolous variations of yoga, done particularly by the
Americans in introducing ?yoga in bikini, there are many western variations
that are valuable for therapy.

?Today, we?re having a session of Ying-yoga which combines Chinese
methodology with traditional yoga. It works on the Chinese meridians and is
very restorative.?

Ingham, who was involved in the launch of the ?just-a-minute?
meditation campaign of the Brahmakumaris in the UK, says that after the
workshops the executives leave Kairali ?with relaxed faces and a change in
their personality which will hopefully improve not only their own but also
their workers? lives.?

Next they will be busy with sessions for some ?senior executives?
wives, who are now planning to come over for a combined retreat?? 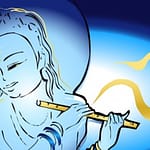 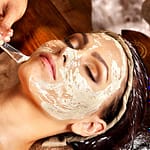