On the 12th April (Saturday’s) edition of Business Standard
Weekend a lovely write up about new age yoga came out. The write up is all
about how the concept of yoga has changed with time and how more and more
people are getting inclined towards yoga and its benefits. Yoga is no more
about serious spirituality and ?gyan?.

Navneet Joshi, who trains corporate clients of Kairali
Ayurvedic Group was also quoted in this article.

Yoga, with a few jokes thrown in

Dressed in a
loincloth, Baba Ramdev whips through a series ofyogaposes as millions watch him on television. The sun
has just begun to peep over the horizon but the hirsute guru is already leading
his charges. ?If you sweat this much in the morning, you will never get old,?
he says, the left eye winking involuntarily. Ramdev sayspranayama, the art of breath control,
can cure an array of diseases. ?Its practice leads to a surge inkundalinienergy,? he intones as his belly makes
waves with each sharp intake of air. Around him, the men and women start
breathing in unison, eyes closed. Some faces begin to show a near-mystical
glow. They are entering the ?zone?.

Is yoga as pensive an activity as Ramdev wants it to be? Not quite. Some yoga
teachers, in the true tradition of yogic postures, are turning the exercise
culture on its head. They crack jokes, chant to peppy songs and hang out with
disciples once the sessions are over. Garima Batra Sharma, founder of The Yoga
Lounge, believes in being less solemn. ?There is a perception we belong to
another planet. But I don’t let people take things too seriously in my
class,? she says. The idea is not attainment, she explains, ?flow
instead.? Really? So, what about obtaining spiritual creaminess? ?Very few seek
that. Most come to lose weight.?

These yogagurusdon?t
claim to be saints or prophets ? or that they emit cosmic energy. ?I am a
new-ageyogini. I love to
dance, travel and dress excitingly,? saysDeepika Mehta, who coached actors Aishwarya Rai Bachchan and
Bipasha Basu forDhoom 2.
Must the road to enlightenment be paved in sincerity? Not all all. ?Fun is
important. Once in a while, I crack a joke. After class, I hang out with
students. We chill out, drink coconut water, get breakfast and get silly
sometimes,? laughs Mehta.

Television yogaguruSuneel Singh, 52, too, has a tendency to lighten things up.
?There are two simple therapies. One islaughter yogaand the other,clapping yoga,? he says. ?Everyone laughs. There?s no
judgement.? Singh believes ego is the enemy of both humour and yoga.

The new bunch of yoga
teachers do not believe in ?givinggyan?.
?Not everyone is on a spiritual path. Some are in search of a social
environment, too,? says Navneet Joshi, who trains corporate clients of Kairali
Ayurvedic Group. Sharma remembers during the early days of her studio when she
had shown the door to a man who had come in search of phone numbers rather than
enlightenment. But Joshi believes there is scope for spiritual networking, and
Sharma allows social networking by way of yoga selfies (self-photos). ?I
understand the excitement that comes when doing the headstand for the first
time. I oblige them with a picture that I email to them.?

Pune-based Jaspreet Singh, ayogi,
cites the tranquillity he has found after twisting his body into knots.
Sometimes, he says, his third eye itches. ?Who your yoga teacher is and what he
represents are no small matters in modern life,? he says. ?Once I fell asleep
in the middle ofsavasanaand
started to snore lightly (I was told). They just left me there until the class
ended. I woke up to an empty room and saw the teacher putting away the mats.?
But there is no embarrassment here. Singh says, ?If we refuse to feel
embarrassed, liberation is ours.?

Celebrity yoga teacherPayal Gidwani, who coaches star couple Kareena Kapoor Khan and
Saif Ali Khan, says there is no need to feel ashamed, even when some poses
force wind out. This is the purpose of yoga ? to relieve suffering, and
flatulence. ?Relieving wind is illusory,? philosophises Singh. ?You are not the
body, and therefore not thekarta(doer).?

Yet the fear of being embarrassed refuses to let
go. As Gidwani points out, ?Thousands of years ago, yoga was practised only by
men. It was designed by men, for men.? Yet today, getting the men in is not
always easy. Sharma says, ?There?s one man for every five women in a class.
Mostly, men accompany wives. Also, most men leave after a month or two. It?s
the women who are consistent.?

Paloma Gangopadhyay, director,Bikram YogaIndia, says, men initially find themselves
stiff and inflexible. But the 26 postures done in a studio that is toasty at 42
degrees Celsius often gets them hooked.

This challenging, possibly dangerous, hot yoga
may appeal to a guy?s sense of self. Yet, points out Mehta, embarrassment is
never far behind. ?A guy?s worst nightmare is not being able to do a pose that
needs strength and flexibility.?

Worse still are the men who wear loose-fitting
shorts for comfort, prompting discomfort in others. Sharma says she urges her
students to wear longer yoga pants or capris. But Joshi insists shorts are
better. ?This way, the teacher can keenly observe your body postures.? Singh
suggests a simple way to ensure your jock credentials are not advertised during
an adventurous pose. ?Sit down and twist to one side; squat ? did you feel a
breeze back there??

A youngster forced to take yoga for bad
grades tells us about his experiences. ?We are made to do yoga in a cramped
room. The air is thick with sweat, everything seems in slow motion. However,
it?s the close-pressed flesh of others that we admire most. This gives you the
chance to smack someone.? He addspawanmukta
asan(wind-relieving pose) is his favourite.

Yoga, played by the rules, can fetch you
enlightenment in this lifetime. For this, it is necessary to do it the right
way, have your posture corrected by a teacher. But Singh doesn?t appreciate a
teacher who lingers and breathes hot all over you. ?No concept of personal
space,? complains Singh.

Sharma, like other likeable teachers, says her
approach is to establish a relationship with students. ?This takes a few
classes. I take it on myself to correct them. Mostly they get it right by
seeing me. But if that doesn’t happen, I physically correct them.? Some students
tend not to follow the herd. But that is not a problem. Mehta says some even go
solo in the chanting ofOm.
?I prefer to let people express themselves. If someone?sOmsare not in line, I find it
sweet,? she says. 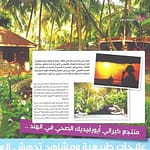 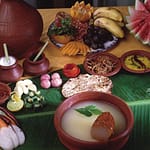 Next post Health Improvement - The Role of Ayurveda
0 Shares