Kairali Ayurvedic Group?s Joint MD
Gita Ramesh is an authority in Ayurveda and her article on the various benefits
of the plant Brahmi and its usages in Ayurveda was published in the Prevention
Magazine?s February 2015 issue.

Prevention is specialized health magazine that empowers
readers to make healthy decisions and lifestyle changes. It is India’s number
one health magazine and is an
authoritative guide for people who want to be proactive about their health.

Use the ancient Indian
herb for its timeless healing touch.

A perennial creeper,
the brahmi plant grows widely throughout India? mostly in marshy land and wet
soil. The herb is bitter-sweet in taste and is widely used in Ayurveda to
improve memory and concentration.

Fresh brahmi leaves can be mixed with steamed rice and eaten for
strength, energy and good health. The juice of this mind-balancing herb is also
added to warm milk to keep the body cool during summer. Some classic Ayurvedic
products prepared with brahmi (and found in most Ayurvedic stores) are
Saraswatharishtam, Brahmi Grithan and Brahma Rasayanam.

Known for regenerating brain cells, brahmi is used in the treatment of Alzheimer?s
disease. It is also a traditional remedy for depression, insomnia and memory
loss, for its positive effect on blood circulation that promotes efficient functioning
of the liver, lungs and kidneys. An Ayurvedic treatment called Thailam made
with brahmi oil is especially formulated to fight insomnia. You can find
brahmi-based medicated oils in Ayurvedic stores as well as online. Use it for
healing skin ailments like abscess (pus filled boils), hives and itchy rashes.
Also, it can be given to children to improve vitalityand to keep our organs in
top form. 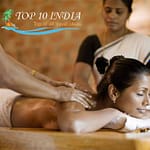 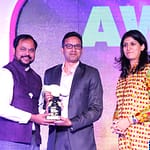