Most Promising Entrepreneur of the Year by Mr. Abishek Ramesh

Leading the World-to the Route of Nature

Ayurveda being the ancient form of medical science has proved
its efficiency and vitality with its age-old traditions and principles that
conform to the well-being of mankind. Emerged as an outgrowth of this 5,000
year old discipline, Kairali Ayurvedic Group was born. Established in the year
1908, this Ayurvedic Company was headed by eminent disciplinarians and this
lineage was carried forward by Mr. K.V. Ramesh, who is the present Managing
Director of the Company, along with his companion, Mrs. Gita Ramesh, who is the
Joint Managing Director of the Company.

Mr. Abishek Ramesh, on the 24th of April, 2019,
won the prestigious title of being the ?Most Promising Entrepreneur of the Year?
for his Excellence and Leadership in Branding and Marketing at the Golden
Global Tigers Award, 2019 in Kuala Lampur, Malaysia. This award aims to
recognize the real tigers in the marketing, branding, social innovation and
academic forums of various segments. This recognition is of highest honour and value
which is a motivation to follow the principle that ?Perfection has no limits?.

Through the marketing, branding and operational skill-set
followed by Kairali, it has always put forward its name in the global forum
that has lived up to everyone?s expectation of creating a world with good
health. Mr. Abishek Ramesh, one of the leading business heads in the hotel and
spa industry, who is also the Executive Director of the Company, has outshined
the presence of the Group year after year with his knowledge and marketing strategies.
And this principle has been followed by Mr. Ramesh, that had made it possible
for the Group to reach such an echelon in today?s contemporary times. Kairali
preaches to spread the authenticity and the true essence of Ayurveda for a
healthy living. And it is our privilege to have such an inspiring, encouraging
and energetic personality in the hotel and spa industry that has prevented to
create a diluted version of Ayurveda. Rather it has been working to upgrade and
transform lives for a better and healthier present and future. 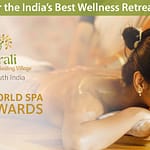 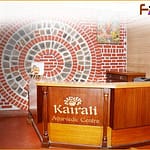 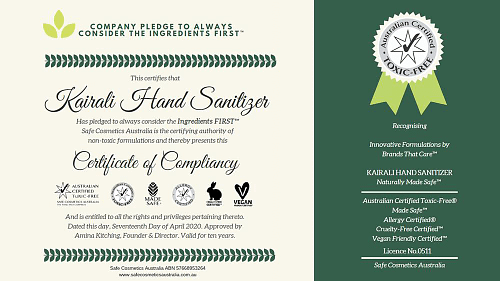