The successful management of knee osteoarthritis in Ayurveda 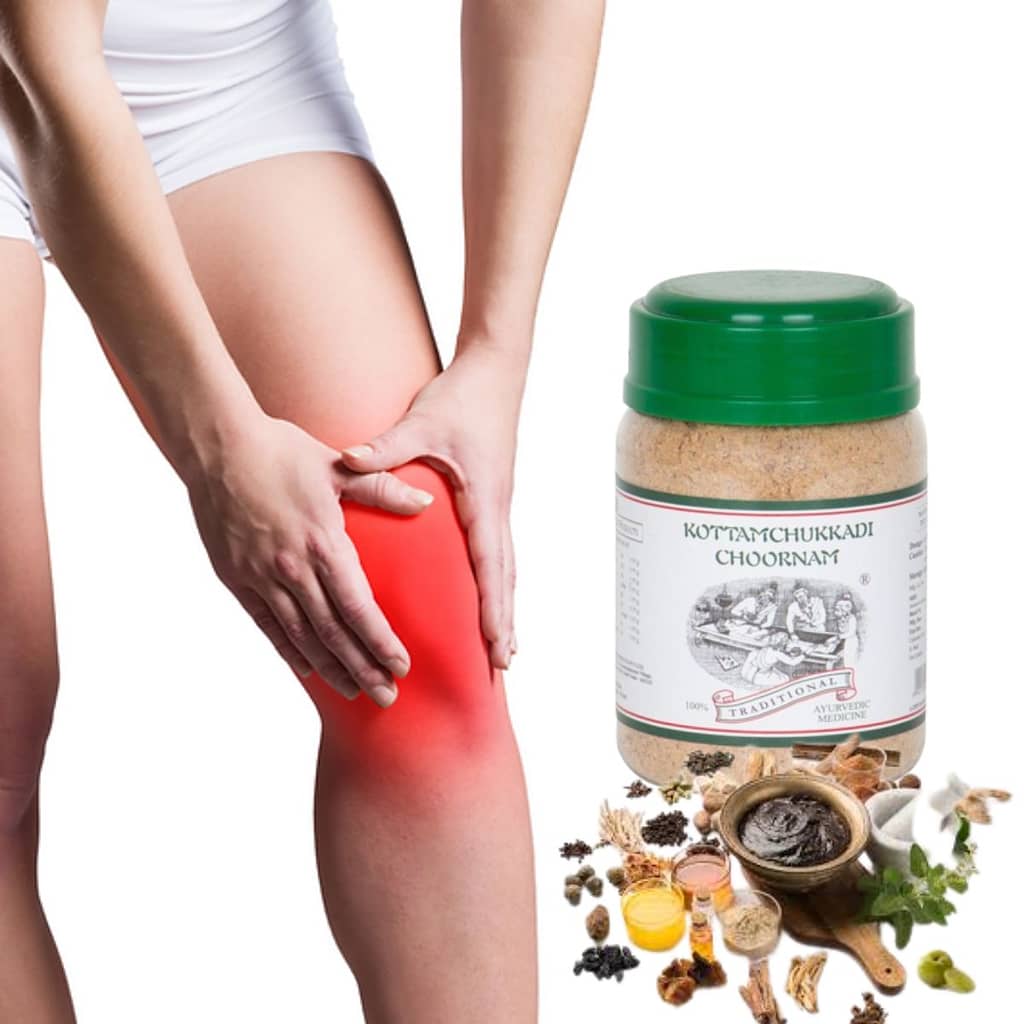 Ever felt like your knee being dragged from the inside, getting unhinged from the joint? Are you experiencing a soaring stiffness that makes your leg movements difficult? Does edema make your knee joints look like air-filled sacs? Do you find everyday tasks difficult due to excruciating pain and stiffness? Tender and stubborn knee joints can be a cause of concern. And if associated with the above-said symptoms, you might be suffering from osteoarthritis, a notorious inflammatory condition.

Osteoarthritis is the commonest type of arthritis that affect your bodily joints. It is a kind of degenerative disorder that occurs when the cartilaginous cushion between the bones wears off. These cartilages are the shock absorbers that dampen and control the effect of motion on the joints, and without them, even the slightest movement can be torturous. It can cause friction between the bones which eventually damages them, and leads to stiffness and inflammation of the affected tissues. Osteoarthritis, popularly known by the acronym OA, can affect any joint, but the knee joint can be extremely vulnerable here.

So, why the knee joint?

The knee joint is one of the key weight-bearing joints in the body and the load endured by it when one is walking amounts to 1.5 times his body weight. It is also the largest joint made complex by the presence of 3 bones, multiple ligaments, bursae, tendons, menisci (cartilages), and the fluid-filled synovium. Walking comprises the major part of human life, starting from a few months of birth till death so that the knee joints are always in motion. This constant mechanical stress can trigger knee osteoarthritis. Other causes of knee OA are joint injury and genetics, and the factors like old age, obesity, sex, cold climate, occupation, other lifestyle disorders such as diabetes mellitus, infections, and joint deformities can increase the risk of the same. Knee osteoarthritis is known to cause gross structural changes to the joints that definitely affect the quality of life. Most often, Osteoarthritis is mistaken for Rheumatoid Arthritis (RA). While some symptoms and their presentation can look similar, both are two different diseases. OA is more of a degenerative disorder and RA is autoimmune- the former usually develops on one side while the latter is known to manipulate symmetrically on both sides. Severe joint inflammation and fever are often seen associated with RA, whereas the onset of OA is silent. The International Knee Documentation Committee System for knee joint OA grading prescribes 4 grades for OA- A, B, C, and D based on the space between the joints; A being the least space and D being the maximum space (> 2mm).

Most patients tend to seek the allopathic treatment once they are diagnosed with knee OA. It is true that almost all modern hospitals have specialized ortho wings, but sadly, their range of treatment is only restricted to symptomatic relief, and in severe cases, surgical intervention. Analgesics (painkillers),  orthotics, steroids, non-steroidal anti-inflammatory drugs (NSAIDs), injections, and surgeries that involve joint replacement and bone fusion are their weapons of choice to fight this. Are they enough? No- while crunching numbers, one can clearly see that they are not enough. So, what does Ayurveda have to say about such a disease that affects 7% of the global population and has a prevalence of 39% in India? Let us take a deeper look. Ayurveda addresses knee osteoarthritis as Janu Sandhigata Vata, a disease caused mainly by the vitiation of Vata dosha at the site of Kapha dosha. Pacification of the vata localized at the knee joint is the key to a fruitful treatment. This 5000-year-old science of healing believes in the internal repair of the joints and thereby reducing the associated difficulties. Well, the osteoarthritis management protocols can be tricky as it varies from patient to patient and condition to condition; therefore, having an insight about the same from a luminary will be highly beneficial on the treatment front. Dr. Sathya.N.Dornala MD MS needs no introduction in the Ayurveda community. He is the recipient of numerous national and international accolades including the 2016 and 2018 Dhanwantari Award by AAPNA (Association of Ayurvedic Professionals of North America), 2017 Pranacharya Award by All India Ayurvedic Congress, 2009 International Aryabhata Award by AAPNA, the eminent speaker award from AYUSH, 2009 Best International White Paper Award by The Ayurveda Foundation of South Africa (AFSA), and an Honorary professor title from the Maharishi European Research University of Switzerland in 2015. He is a gold medallist, has an MD in Kayachikitsa, MS in Psychotherapy and Counselling, and a Ph.D. in Panchakarma, PGDHHM (IGNOU); and currently works as the senior physician and Panchakarma specialist at the Swami Vivekanand Hospital, New Delhi. He has authored five books and more than 50 scientific journals and is also the resource person for the certificate courses in Ayurveda and Yoga, associated with the ministry of AYUSH and the Indian Red Cross Society. In the webinar organized by Kairali Ayurvedic Group, Dr. Dornala talks about the successful knee osteoarthritis management in Ayurveda, contemporary clinical practices, challenges, and the experiences he has garnered over time through his extensive clinical practice. Not always do we get to see eminent personalities in the field of Ayurveda taking lectures online. The intention of this webinar was to throw some insights into the responsible management of the OA of the knee joint- what knee OA is, how it can be correlated with Ayurveda, how it is managed currently, how it can be managed effectively, what all are required for the treatment, etc. In the webinar conducted on 02 June 2022, about 2000+ people from all over India registered, and there was active participation from the side of doctors, distributors, entrepreneurs, and students from the Ayurveda fraternity. The introductory session was handled by Dr. Sachin Rewar and Rishabh Gupta, the Vice President of marketing of the Kairali Ayurveda Group, along with other members of the group. This was the second webinar organized by Kairali, and the pan-Indian involvement it received was amazing. Dr.Sathya.N.Dornala started the session by explaining arthritis and its classification in depth, the importance of knowing about it, the objectives of management, the anatomy of the knee joint, and the possible damages that could be inflicted upon it, with diagrams and statistics. He described in detail knee osteoarthritis and the management practices, from the basics to the classical formulations that can be used. He mentioned that the prime focus of Ayurvedic management of knee osteoarthritis should be on three things- 1) symptom modifying therapeutics, 2) structure modifying therapeutics, and 3) disease-modifying therapeutics. Pathya and apathya of musculoskeletal diseases is a rarely discussed topic, but Dr. Dornala covered that topic too because if the diet is wrong, no medicine can save the patient, however miraculous it is. Different classical medicines were analyzed based on the type of action they have on the disease- like shoola prashamana (analgesic), vedanasthapana (relieving pain sensations), sothahara (anti-inflammatory), the rujaghna dashemani of Charaka, Guggulu preparations, etc. Various Panchakarma procedures and the medicines used in them were mentioned. He concluded the session by stressing the importance of incorporating Ayurvedic surveillance into our daily life. His session was capable of throwing light into the unknown arenas of knee osteoarthritis treatment. After the webinar, Dr. Sachin Rewar and Rishabh Gupta of Kairali Ayurvedic Group thanked the key speaker Dr. Sathya.N.Dornala, and all the attendees. As requested earlier, the participants had entered their doubts in the question box and as promised, Dr. Dornala answered them. There were 80 plus questions and three winners who shot the best questions were selected. The winners were eligible for a fully paid 3-night 4 day stay including meals and therapies at the Kairali Ayurvedic Healing Village. All the attendees were awarded participation certificates. Later, Puneet Endlay of Kairali Ayurvedic Group briefed about the Kairali Ayurvedic Products- about 323 medicines, oils, powders, herbal infusions, detox oils, herbal shampoos, herbal shower gels, Ayurvedic soaps, herbal cosmetics, and so on. Kairali Ayurvedic Group is a 111-year-old brand established in 1908 that manufactures traditional, proprietary, and cosmetic Ayurvedic formulations and is on a mission to spread Ayurveda across the globe. The Ayurvedic Healing Village is the Kairali Ayurvedic group’s flagship venture for holistic care. Located at Kerala’s own granary, the serene land of Palakkad at the foot of Nilgiri and Annamalai ranges, this wellness retreat stands out with its soothing, heavenly ambiance and the rejuvenation it offers. Surrounded by the mountains, rivers, paddy fields, and palm trees, there are 30 premium villas incorporated with Vastu shastra that bestow maximum comfort. The Ayurvedic Healing Village is a safe space where the tradition of Ayurveda meets modern amenities. Let us be armed by the power of Ayurveda! 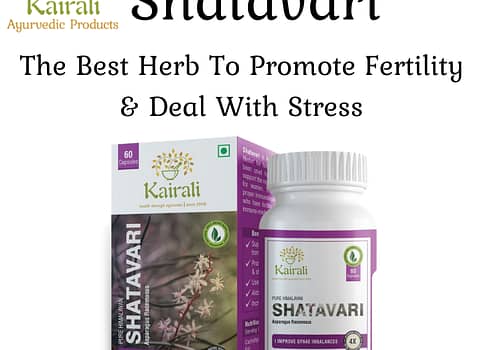